If you spend anytime at all listening to Telecaster players, you're likely to hear some pretty crazy string bending going on. Players like Will Ray, Forrest Lee, Jr., Jerry Donahue and Jim Campilongo just to name a few. Usually this is standard stuff for country players. You can either use your fingers to do the bending; even behind the nut bends, or use a crazy device featured in this video: Fender Classic Vibe with G Bender.

This is once again, another headless demo.

And also, as a reminder, I'm not a country player, but I play one on the internet.
Posted by Another Headless Demo - David Niles at 10:56 AM No comments: 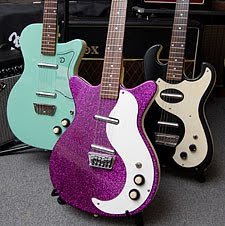 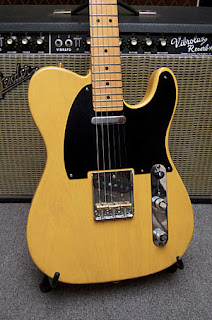 I've been wanting to build an early-50's Telecaster replica for quite a while, you know, since dinosaurs roamed the earth. I even had an unfinished body sitting around in my basement for a couple years, then I decided to work out (rim shot please). No really, I had a Tele body waiting for paint and waiting for me to take the plunge by getting off the couch.

After sealing, sanding and painting in the warmer months last year (yeah, I know, I'm really slow about these things), I finally began amassing and adding the hardware needed. My finishing job however, left a lot to be desired. The surface of the body, in places, has the texture of Tommy Lee Jones' face. After painting it, I could really see the spots that could have used more sanding before I had painted. From now on I'm calling it "reliced," which is guitar-speak for antiqued.

Initially, I decided to use some of the hardware and neck from my 2000 American Telecaster, mostly to see if the routs and the body were correct. Turns out they were a little off, but not so much as to make the body unusable. I forged ahead into unknown territory.

Once I got the strings on, and did a few minor adjustments, I had to admit, and my wife can verify this, it was the worst playing guitar I'd ever owned. Really.

Ok, with a few more neck and bridge adjustments, it started to play a bit better. Then came the real test. Plugging it in.

My 8-year old son had been making jokes, imagining that when I did plug it in, all we would hear was something akin to an old man trying to clear his clogged nasal passages on a humid July evening. But miracles do occur, and when we fired up the Super Champ, we actually heard a guitar; no loud humming, buzzing or rude noises anyone's aunt would be offended by. It sounded like a Tele, and a good one at that.

On a more technical note, I have an SD Broadcaster pickup in the bridge position and a Custom Shop Texas Special in the neck position. Next step is to find a period correct neck and some domed knobs and I'll be good to go!
Posted by Another Headless Demo - David Niles at 9:35 AM No comments: 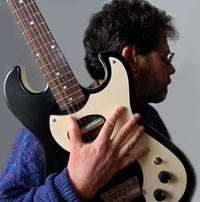